Newton held their Christmas party on Monday 8th December, 20 of our members attended.

Proceedings started off with a welcoming glass of mulled wine, heated through in one of the Memorial Hall’s large kettles. We think that the groups who also use the hall may get a surprise when they next brew up a cuppa!

Next were carols accompanied by Margaret Williamson on the piano and then the lunch! Everyone contributed to some delicious fare, cold meats, quiches, salads and cheese followed by a wonderful chocolate torte and a pavlova.

An art quiz followed which Kath’s team, as usual, won with ease, and finally Betty persuaded two teams to play against one another at charades.  It all went to show what a talented group we have at Newton, not only artists but excellent cooks, singers and actors!

Our thanks go to Lin who organised it all and who was unable to attend as Ron was in hospital. We all wish him a speedy recovery.

The Newton on Ouse Art Group’s exhibition opened in the Hayloft Room at Beningbrough Hall on Saturday 6th December. Everyone was so busy setting up on Friday that I nearly missed the photo opportunities!


Please come along and support your Art Group and spread the word among your friends. 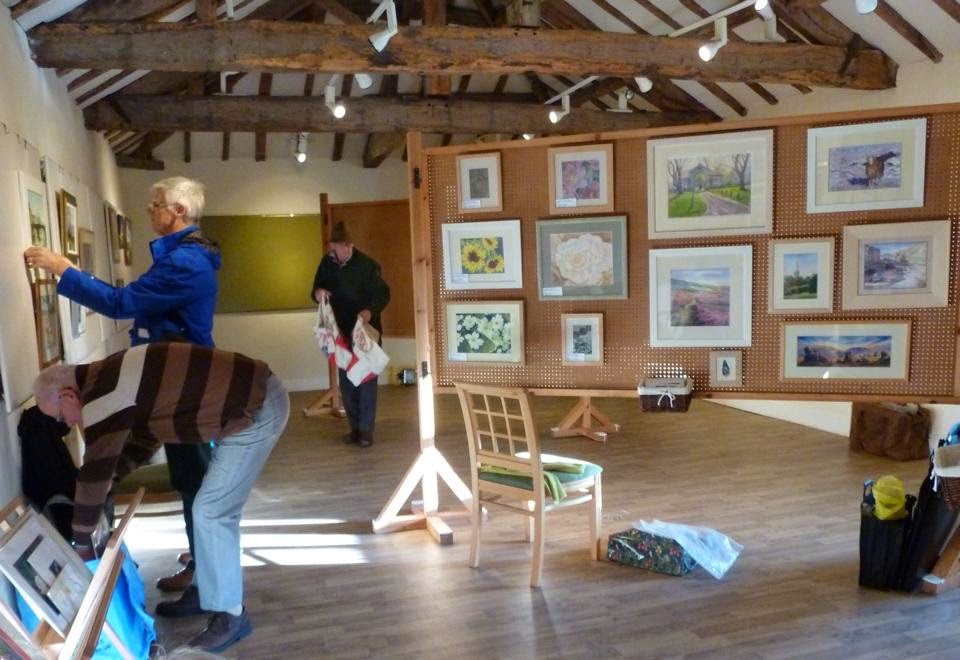 There are some beautiful art works that would make wonderful unique Christmas presents.  We are donating 10% of proceeds to the National Trust. 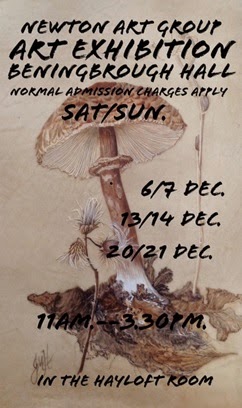 The Exhibition continues every weekend up to Christmas from 11am – 3.30pm.

See these links for more details and directions.

How to get here